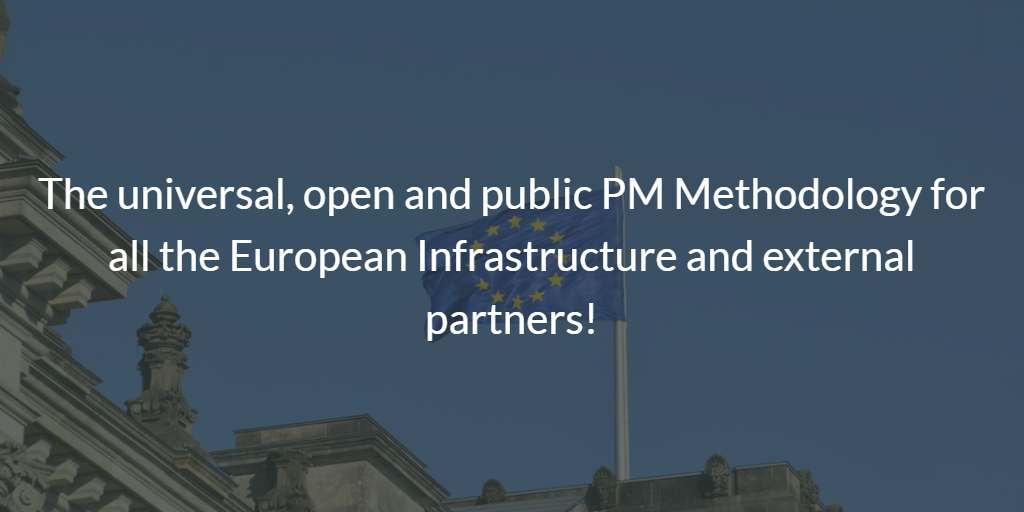 PM² stands for Project Management Methodology. It has been developed and released for the first time in 2007 for the exclusive use of the IT projects run within the European Commission IT Department (DIGIT).

Before PM² were several frameworks for organizing the activities around software development for example, but these were not really integrating all the interactions with the stakeholders, they were not allowing for correct tracking of the budget or monitoring performance, or quality for example.
They did not propose anything to manage risks or issues. At the other end of the scale were highly generic project management methods coming from outside, like Prince2 or PMBOK but they needed a lot of customization to be able to work correctly in a rather low maturity project environment.

The Methodology team in DIGIT started looking at best practices and stitching them together in a coherent way to propose project managers a fluid, simple and robust set of guidelines to organize software development in a controlled way. Carefully selected projects were used to pilot the solution and it was an immediate success. Light and elegant, the new method required little learning time and was immediately efficient with the typical challenges of the public environment: dilution of ownership, strong hierarchies, low maturity in project management, lack of accountability. PM² was born.

Instead of immediately promoting PM² as “the” method to use for every project, the team continued selecting pilot projects and volunteers to try and hone the new tool. The success of projects led using PM² started to be known outside of DIGIT and there was a request to adapt the methodology for non-IT projects.
This “custom PM²” would eventually replace completely the methodology and speed up its adoption within the numerous departments of the European Commission.

By the end of 2010, the importance of having common ways of working, relying on good practices became clear and obvious. The decision was taken to develop not only training courses for PM² but also a certification path to “promote the people that were making the effort to adopt the methodology” and to recognize their commitment in improving the maturity of the European Commission in project management. The first courses started in 2012 and became a rapid success, with nearly a training organized every day and courses full three or four months in advance.

Six years later 10,000 professionals were trained and over 1,000 were certified.
Back in 2012, the year saw the creation of an official guide, labelled “v2.0” that was totally generic, usable for any type of projects in any context. A year later, the success of PM² started to get known outside, in other European Institutions, thanks to cross institutions projects and staff mobility. In 2014 was published the PM² guide v2.5 which marks a turning point toward “more Europe, less Commission”.

It was the basis of the adoption of PM² by the Council of the European Union and by the Parliament. Executive agencies spread within the Member States started to express their interest as well and a real, pan European network was created to link all project management professionals within the European Institutions.

In parallel, as the utilization of PM² grew, expectations were on the rise as well, and that started to represent some human challenge to the (relatively) small Methods team within DIGIT: creation of online content, translation in all languages, adaptation for particular types of projects, integration with portfolio or programme management methodologies…

On top of that, as most internal projects were run with PM², the institutions were running issues with external partners that did not know the method. It created some frustrations as we had to re-train external project managers which led to a rise in project costs.

These issues met also the need for the team to give back to the public what they have used to build such a successful tool, and the decision was taken in 2016 to make PM² public, under an Open Source model that allows everyone to re-use, adapt, complete and modify the methodology free of any charges.
In November 2016, the adventure of OpenPM² began: For three months in a row, the OpenPM² book became the second most downloaded material from the EU Bookshop, just behind… the map of the European Union! 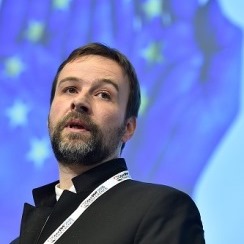 Laurent has a 20-year experience in project and programme management working for  General Electric firstly and then for the Public Sector. Now he is Project Management consultant for the EU Commission and he took part to the development of PM² of which he is a proud ambassador. Moreover, he is also a Lean Six Sigma expert, PMP and PM² (of course) certified.