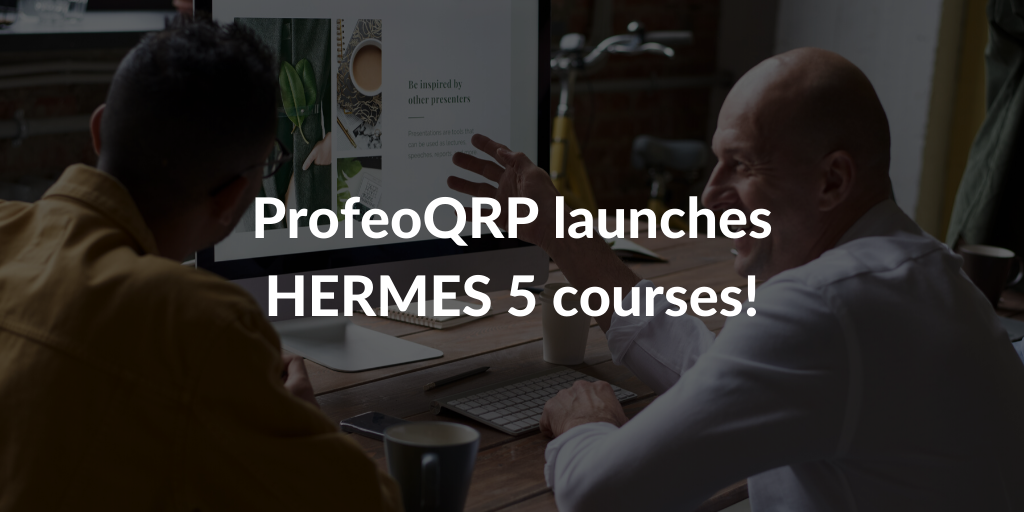 ProfeoQRP is proud to announce the launch of new PM courses: HERMES 5, the most known Project Management methodology.

HERMES 5 is one of the most widely used project management methods in Switzerland in the field of information technology, the development of services and products and the adaptation of business organization.

HERMES is a set of instruments which, through consistent use, can contribute to the successful completion of a project.

HERMES was developed by the Swiss Federal Administration. It is an open standard and is recognized as standard eCH-0054 by the eCH association. Many cantons, cities, educational institutions and private sector companies have successfully implemented HERMES.

As a project management method, it has been in use in the Swiss Federal Administration since 1975. After a major revision in 1986, HERMES became binding for all IT projects of the Confederation. It has been further developed over the years and underwent revisions in 1995, 2003 and 2005.
HERMES 5, the last version available, was launched in 2012.

HERMES supports the control, management and execution of projects of different characteristics and complexity. It has a clear, easy to understand method structure, is modular and expandable.

The latest version of the proven HERMES was developed by numerous practitioners and methodologists.

In this exciting task, the project team counted on support at all levels:

Throughout the project, there were intensive and often controversial discussions.
The objectives were to update HERMES and at the same time simplify its application in the project.

Choose ProfeoQRP for your HERMES 5 training

ProfeoQRP is always ready to support professionals and organizations in their work. For this reason, we are happy to announce the launch of the new HERMES 5 Foundation, HERMES 5 Advanced and HERMES 5 Online courses.

The HERMES 5 Foundation course can be the starting point for an organization that intends to implement the HERMES 5 methodology, as it provides participants with the basic principles, workflows and information for rapid adoption of the methodology.

HERMES 5 can give your organization a competitive advantage.
Want to know more? Contact us.